In an industry with few women, this trio makes a mark
BY
Harigovind
Jul 6, 2022
whatsapp






In an industry that scarcely has women, their initiative is impressive. Their firm, Enzia Ventures, launched a $40 million (about Rs 300 crore) fund in April last year, and they have invested about Rs 10 crore in a slew of unique startups – Morphie Labs, Numen Health, iMumz, Proactive for Her, Kafqa, ZenOnco.io, CuriousJr, and leap.club.

Jayashree met Namita at IIT Bombay, and befriended Karuna at the Indian School of Business (ISB) in Hyderabad. They stayed in touch while they grew in their careers. Karuna led investments at Acumen, a pioneer in impact investing, where she made early-stage investments in health, education, and energy sectors. Jayshree led late-stage investments in hospital and pharma companies at Khazanah, the Malaysian sovereign wealth fund. And Namita dived into education, first into policy by working with the National Knowledge Commission, and then into investing – in the likes of White Hat Jr, and Vedantu.

“It was clear to me from my days at IIT-B that if you want to make an impact at scale, entrepreneurship is the way to go,” says Jayashree. “We are happy that three women could come together and form a VC fund. We are also glad that the larger ecosystem is evolving in such a manner,” she adds.

Jayshree and Karuna got together in late 2019, and through 2020, made five investments through an angel syndicate. Namita joined them in late 2020 and full-time in 2021 to build Enzia Ventures.

Namita says the three having known each other for decades was a great starting point, but before they decided to join hands and launch the fund, they spent many days getting to know each other as people, deciding on their purpose, value system, and why they wanted to build Enzia. “We even spoke to each other’s past colleagues to get a holistic understanding of each other’s working styles and motivations. That process helped cement the team's potential and our way forward,” she says.

The trio is focussing on investments in healthcare, education, and environment. “We bring different experiences to the table. Jayshree has done large health deals, and Namita has taken a company from seed to exit. I went from doing billion-dollar M&As to early-stage investing. Together, we have invested across sectors and asset classes. The depth and breadth of our experience and sector expertise is a fundamental aspect of what we envisage Enzia to be,” says Karuna.

Raising a fund, she says, is tough, much tougher than raising money for a startup. “And for three women to come together and do this is even tougher. What worked for us is that we kept the momentum going and we received a lot of support from friends in the industry,” she says.

(Link to the original article - https://timesofindia.indiatimes.com/business/startups/people/in-an-industry-with-few-women-this-trio-makes-a-mark/articleshow/92690193.cms) 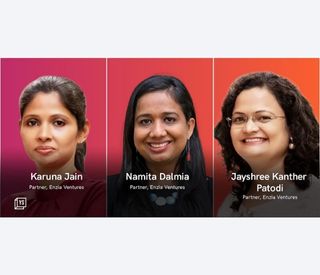 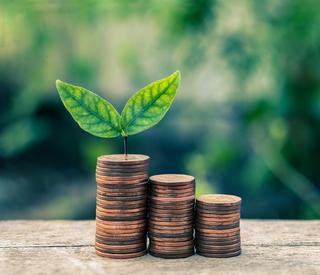